On April 2, Clark spoke to the Chief Operating Officers of the Louisville, Indianapolis, and Nashville YMCA’s.  He was impressed with the attentive audience as he shared tips to be a successful leader that he learned during his 50 year Y career.   Thanks to Bob Knestrick for the invitation.  Enjoy the photos from the speaking engagement at the Irsay YMCA in Indianapolis. 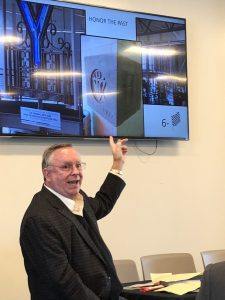 Clark reminds attendees to honor the past. Clark and Derrick Stewart, CEO of the Greater Indianapolis Y 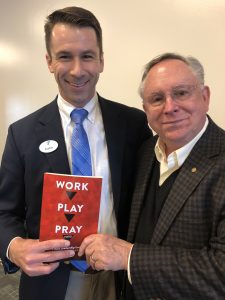 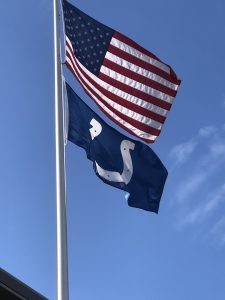 The Irsay Y is the 2nd Y in the country to be sponsored by an NFL team—note the Colt’s flag. The first NFL sponsored team? The Houston Texans Y—Clark was CEO in Houston when that Y was built.

Clark and Carolyn are available to address a gathering of staff, community leaders or any interested group.